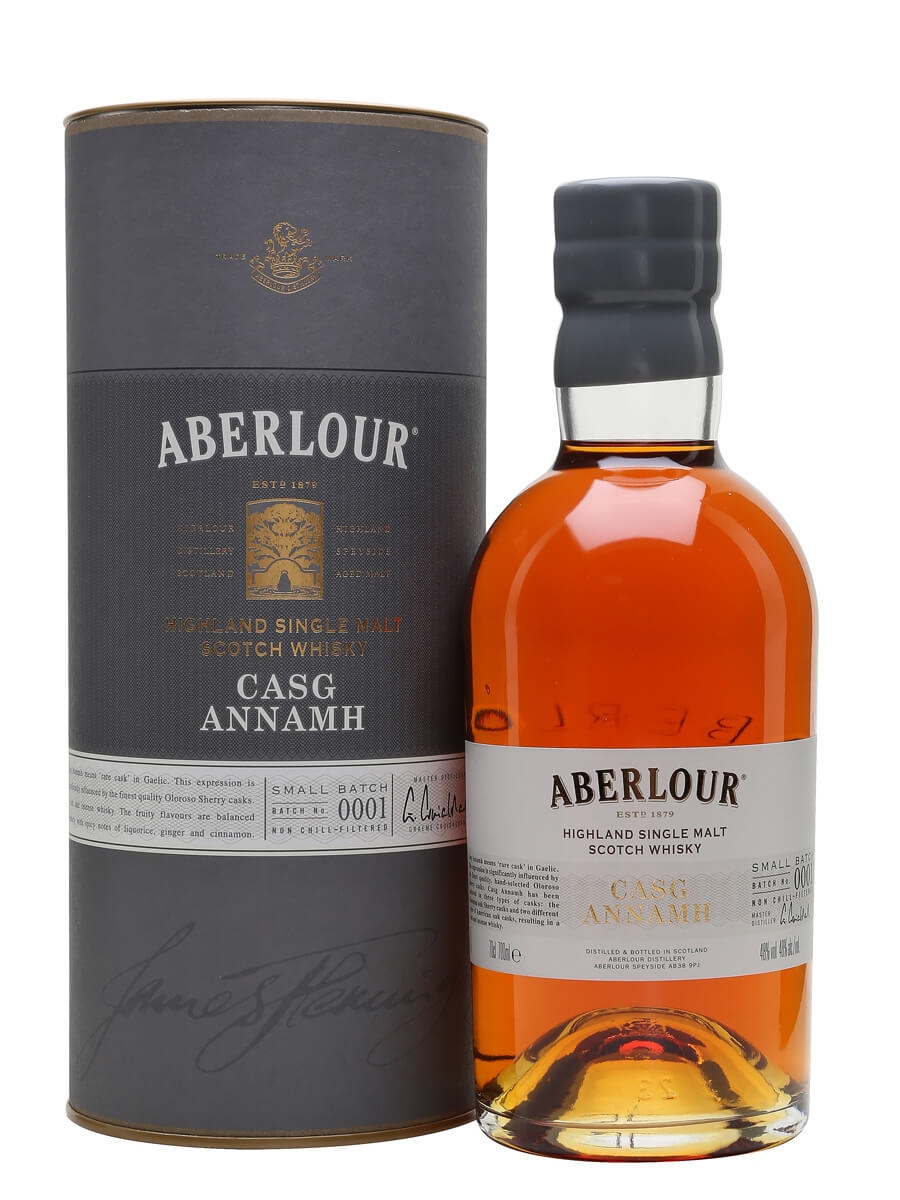 The Casg Annamh is Aberlour’s most recent addition to their range. It is not quite clear to me if this is a going to be a permanent or temporary addition to the range.  The launch of this coincided with the news or rumours that the A’bunadh is being discontinued.   The A’bunadh is Aberlour’s sherry bomb and has receveid high praise in the past, the earlier batches did anyway.  I saw it a good value for money sherry bomb at around £50 until recently where it is now fetching around £80 which I beyond what I would pay for it, especially when you can get hold of Glenfarclas 105 or Glendronach Cask Strength for less at this moment in time at least. So naturally you would assume that the Casg Annamh is a replacement for the A’bunadh… well I am not sure. It is bottled at 48% whereas the A’bunadh is around 60% but it is priced at around £50 which the A’bunadh once was.  So the same price but less alcohol volume? Not sure about the age difference as neither has age statements and I wouldn’t want to hazard a guess.  The major difference is that the Casg Annamh has been matured in European and two types of American Oak whereas the A’bunadh has been matured exclusively in Olorrosso Sherry casks so I don’t think direct comparisons should be made between the whiskies even though it is tempting considering the hike in prices for the A’bunadh.

Summary: Lots of concentrated fruits and spice on the nose initially.  It maintains that soft quality that I find with other Aberlour’s where the alcohol plays nicely with the strong sweet and spice notes instead of creating something that is harsh.  It has those typical sherry like notes such as stewed fruits, leather and jam but also along with a distinct sharp bourbon note of vanilla essence and cinnamon.  The flavours are well balanced but it doesn’t feel as complex as the Glenallechie 12 for example which I would put in a similar basket in terms of flavour profile.  This lacks the tropical notes that I pick up with the Glenallechie which I think makes it more complex.  The Casg Annamh is an all round well balanced sherry and bourbon influence malt but it just lacks that extra bit of punch and complexity for me.  At £50 I would go for the Glenallechie 12 or Glendronach 12.