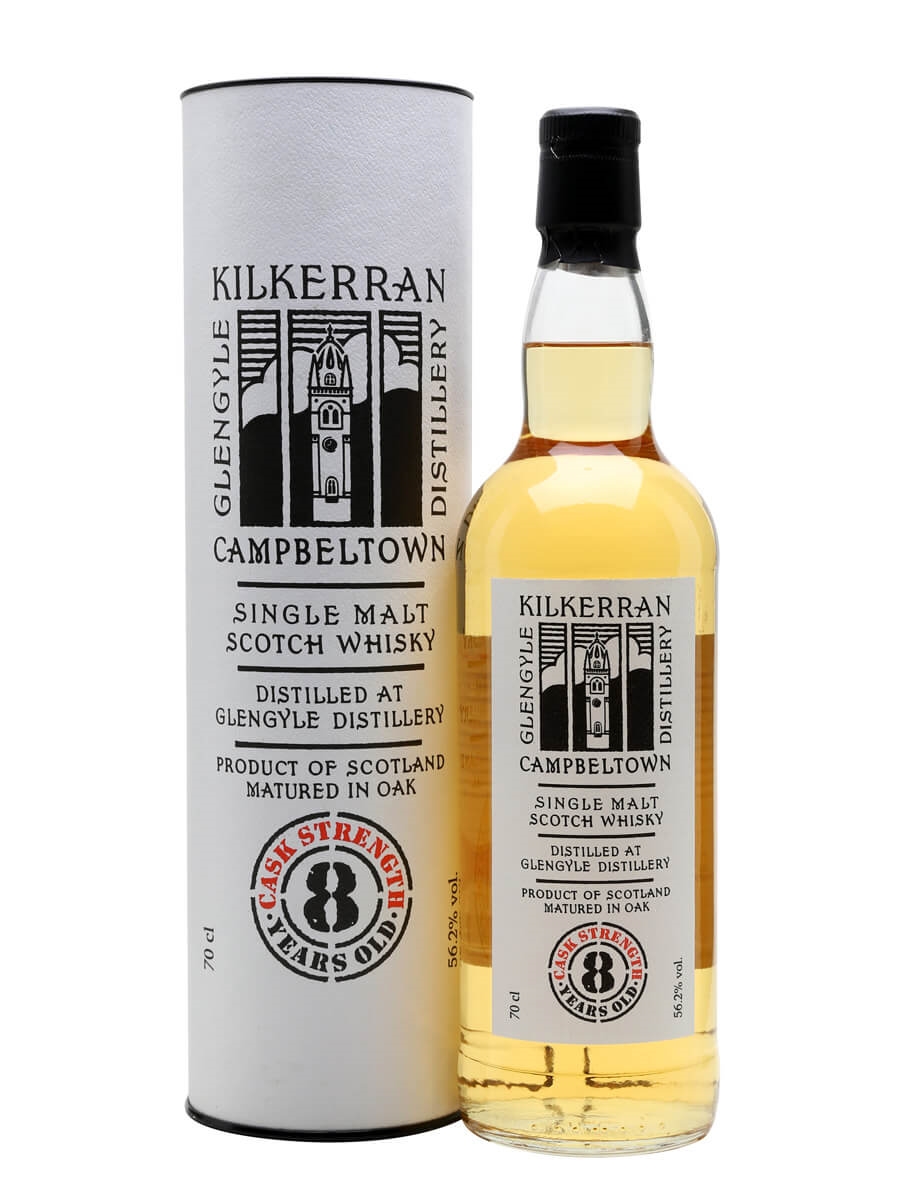 Kilkerran is produced at the Glengyle distillery in Campbeltown and is owned by the same folk that own Springbank distillery and associated brands such as Hazelburn and Longrow. The distillery was purchased in 2000 and reopened in 2004.  The 12 year old represents their first core entry age statement release and is well priced at about £35. I would recommend it if you are a fan of peated whiskies.  This Kilkerran is their 8 year old cask strength offering which are released in batches each year.  The one I am reviewing in particular was the 2018 edition.  Although younger than the 12 this one costs more at about £50 a bottle but it comes at a higher strength of 56.5% compared to 46% so it can be forgiven for that.

Summary: Rather than smokey I get more of a coastal feel to this one.  It is supported by an earthy note throughout but the notable flavours are salted caramel, toffee and ice cream.  I was expecting more citrus but I didn’t really pick much up to my surprise and instead it seemed as though the bourbon influence was dominating throughout.  The combination of the coastal and bourbon elements hit the right tone for me and they are perfectly balanced in my opinion.  I thoroughly enjoyed it.  Shame these are limited, I can not speak for other editions but if this is anything to go by I may seek them out.