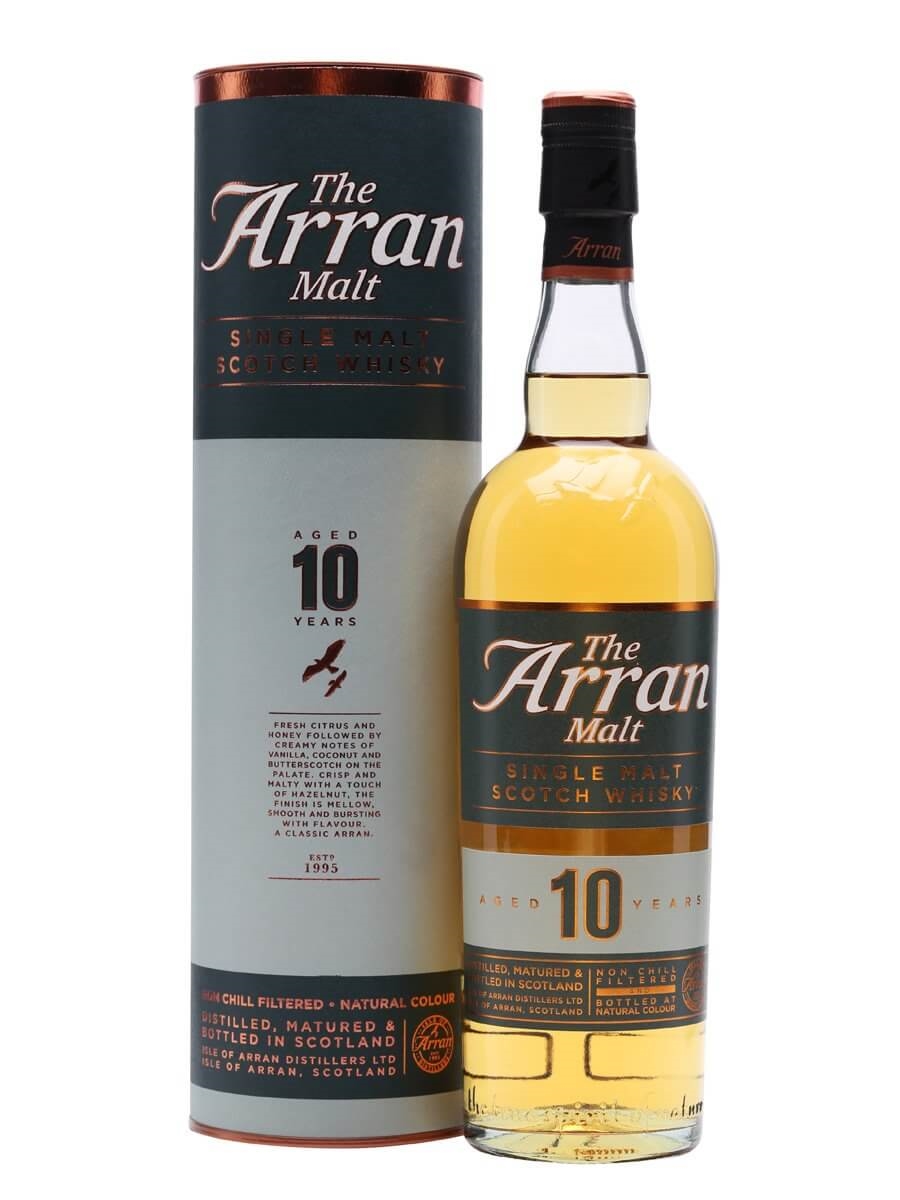 Here’s another Arran to follow on from the rip off that was the Robert Burns Single Malt.  I am not sure why it has taken me so long to try this entry level 10 year old bottling from the core range given how much I liked the 14 year old and the 18 year old albeit to a lesser extent.  The Robert Burns would have contained some very young Arran malt and although I describe it as a rip off and score it down because of the price it was still a pleasant, although simple malt.  I mentioned previously that Arran are rebranding and the 10 year old is one of the first in the core range with an age statement to be rebranded and to be fair to Arran they have not hiked the price up for this one, you can get it for approx. £35 which is reasonable for a 10 year old malt.  The other good thing about this is that it is bottled at 46% and I believe it is natural coloured and not chill filtered.

Summary: There is something about this that reminds me of the Glenmorangie 10 year old.  The bourbon casks have done a good job with the spirit with those butterscotch notes that follow from start to end along with vanilla and coconut.  There is also a nice spicy ginger kick too.  The taste and finish are pretty much the same although I would have liked some of the savoury and earth notes that I found on the nose to follow through to the end too.  This is a solid entry level malt and on this occasion I don’t have any complaints with Arran.